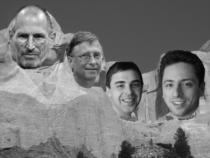 Technology is growing and improving rapidly daily. Each day there is some new technology buzzing the market and people going gaga behind it. With so many tech leaders out there, it’s quite tricky to tell who are famous technologists and who is not. Because we all use different kinds of technologies every single day from hookup apps to online retailers and everything in between, and let us be honest, these are NOT made by the same company. Famous technologists include Bill Gates, the founder of our old is gold Microsoft, Jeff Bezos, the founder of Alexa, Steve jobs the inventor of iPhone… the list goes on and on. Here is a list of the some of the famous figures of the tech industry till date: